mBuild modules provide abundant input and output functions, allowing you to easily extend the functions of the supported main control boards, such as CyberPi and Halocode. 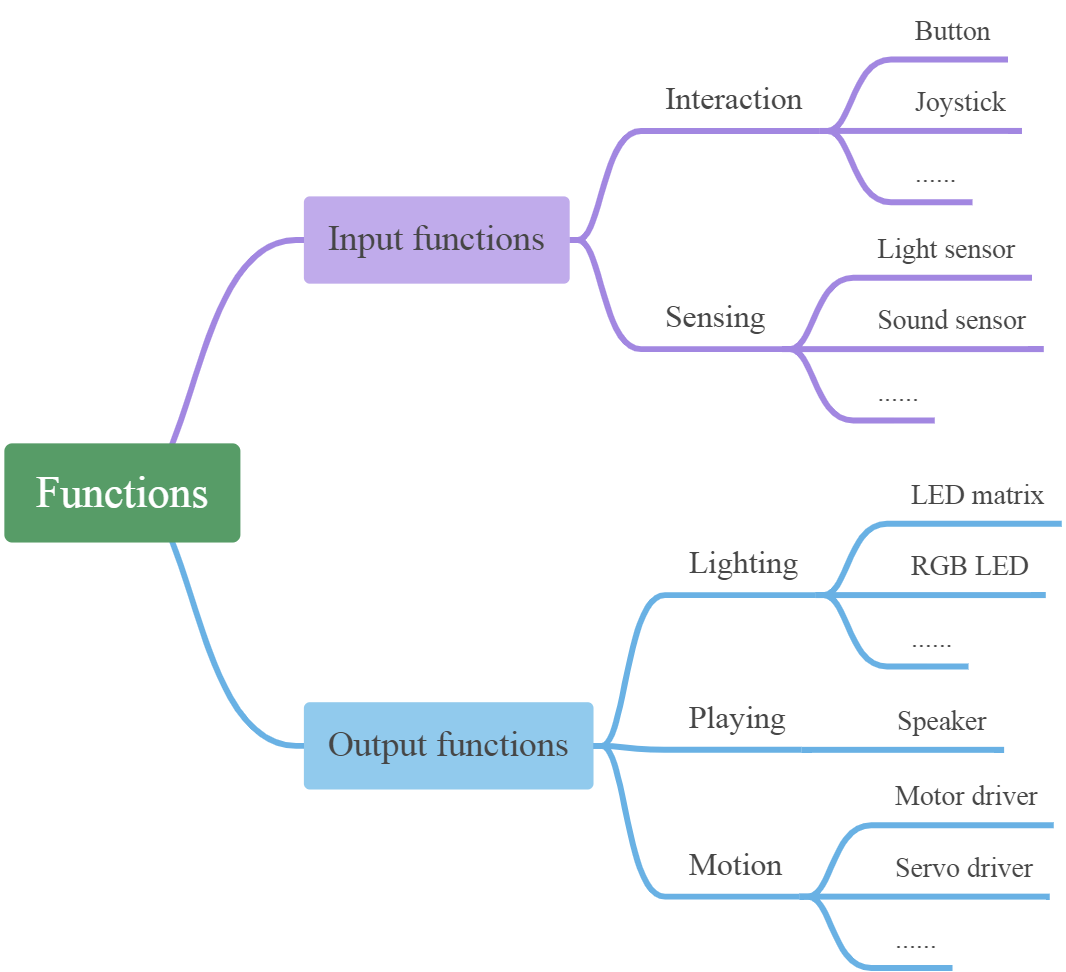 All mBuild modules are developed with two through-holes.

With the through-holes, mBuild modules can be mounted on each other with connectors, such as pins and screws. In addition, they can be connected to mechanical parts (M4), building blocks, and other structural parts through connectors.

The following provides some connection examples: 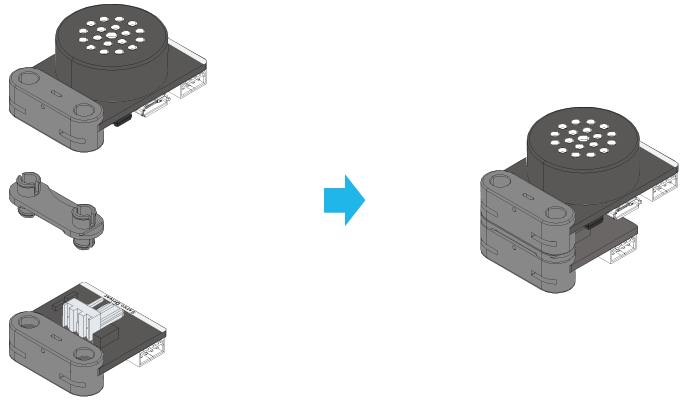 Example 2: Speaker + one pin + one cut board 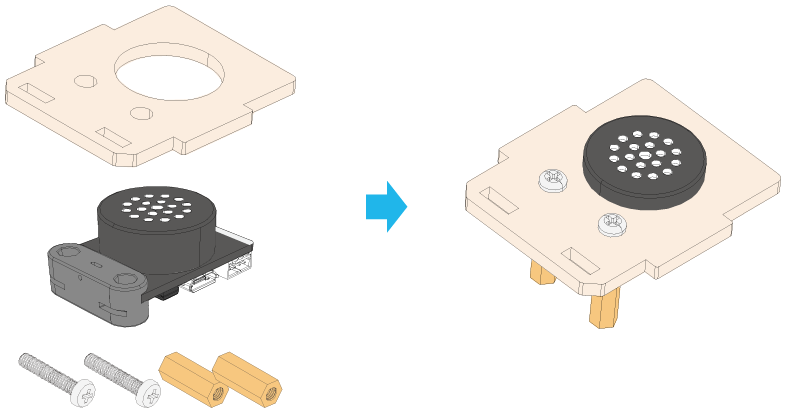 With the mBuild ports, multiple mBuild modules can be connected in series. 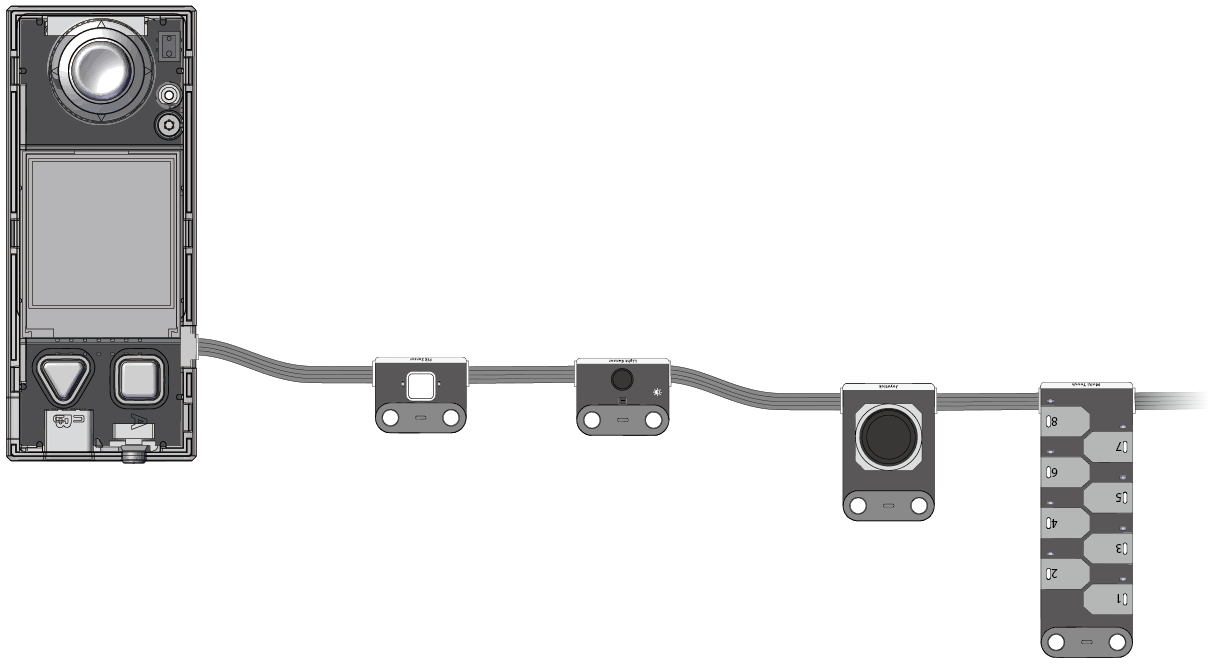 After connecting CyberPi to multiple LED matrixes, you need only to specify the place of an LED matrix among the ones connected instead of specifying the port to which the LED matrix is connected when compiling a program. As shown in the preceding figure, the first LED matrix connected to CyberPi is numbered 1, the second one numbered 2, and so on.

When you press button A on CyberPi, the first LED matrix displays "Hello," and the second one displays "World."

Change the positions of the modules, as shown in the following figure.

The preceding program still works after you add a ranging sensor. When you press button A on CyberPi, the first LED matrix displays "Hello," and the second one displays "World."

Some of the mBuild modules, such as Speaker, Power Module, and Smart Camera, provide a Micro USB port, which allows a module to directly connect to a computer for power supply or communication. 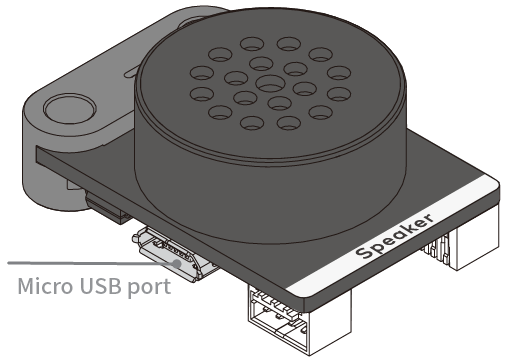 For details about how to get started with mBuild modules, see Getting Started.

For details about the technical specifications and functions of each module, see mBuild Modules.